Walt in the dogs of war comic 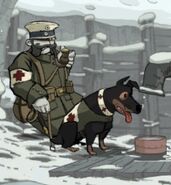