Hans is a major in the German army, and the chief medic in Baron Von Dorf's army. He is first seen at Neueve-Chapplle, where Emile pours Walt water, and Hans moves to smoke tobacco in his Calabash smoking pipe. Hans in later seen by Karl at Saint Mihel, where he sacrifices himself to save Karl and Walt 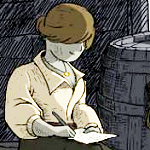 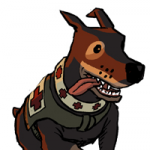