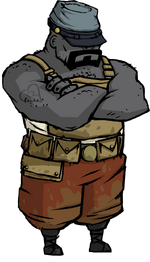 Freddie is a playable character in Valiant Hearts: The Great War.

Freddie is an American volunteer who enlists as an engineer for the French at the start of the war to avenge his wife's death. (Which was caused by Von Dorf's regiment.)

He is seen through the story as a tough character, usually taking part in more action/stealth-oriented sequences, although he is seen to also express emotion, especially during Emile's execution. He is also seen to be very loyal, often saving Emile. 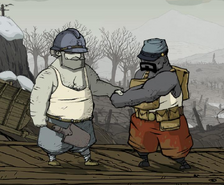 Emile and Freddie shaking hands after successful sabotage at Verdun. 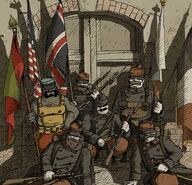 Freddie and the French Foreign Legion. 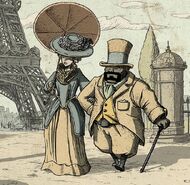 Freddie and his wife Margaret in Paris. 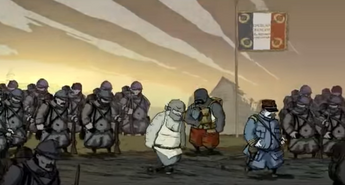 Freddie bids Emile farewell when he is dragged to his execution.
Add a photo to this gallery
Retrieved from "https://valianthearts.fandom.com/wiki/Freddie?oldid=5787"
Community content is available under CC-BY-SA unless otherwise noted.