German Helmet - During the tutorial, pick it up off the ground after blowing up the second target practice dummy with the grenades.

,,The legendary pointed german helmet,The Pickelhaube,was used by german forces until 1916 and then was replaced by much more efficent steel helmets.The different parts of the helmets,including the point(for defense against Sabre Attack),were adopted according to the rank,origin and weapon used by the soldier.On some helmets the point was rounded.,,

Tinder lighter - Just past the flagpole where you have to raise the flag. Raising the flag will end the level, so be sure to grab it first.

Stationmaster's whistle - Move to the right and take a bottle of wine out of the box. Throw the bottle at the train's whistle above your head.

,,Steam trains made stations very noisy places.There were no loud speakers,and no display panels,so platforms officials had to shout train informations to passengers.Whistle were the best way to attract passengers atention.,,

Letter from a French soldier - After giving wine to the soldier, keep moving right. It is on the ground just behind the soldier looking at the barrell with cheese on top.

Metal nib - On the top of the train on the far right side of the map. Make the band play in order (drums, tuba, clarinet, horn) to use the ladder. 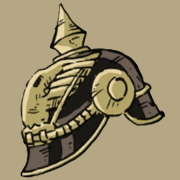 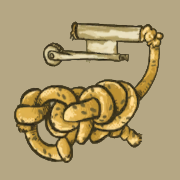 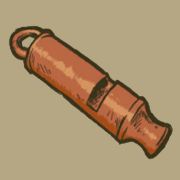 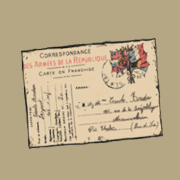 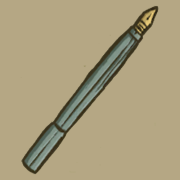 Add a photo to this gallery
Retrieved from "https://valianthearts.fandom.com/wiki/Collectibles?oldid=4715"
Community content is available under CC-BY-SA unless otherwise noted.